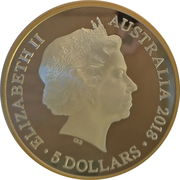 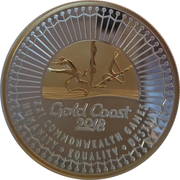 With the Gold Coast’s sun radiating a range of athletic skills, the spectacular rays of the sun take the form of the nations and territories competing in the Games. The spirit of the Commonwealth Games Federation values harmony, equality and destiny feature proudly on this coin.

The Commonwealth Games Federation values of Humanity, Equality and Destiny beats proudly at the heart of the Games and the athletes whose stories unfold before a worldwide audience.
The Gold Coast sun, radiating warmth and beauty epitomises the XXI Commonwealth Games host city, its gilded rays a symbol of the athletes' quest for precious gold. As a fitting memento of these Games, this sun is also at the heart of this exquisite coin. Adorned in selective gold plating, the spectacular rays of the sun take the form of 70 figures, symbolising all the nations and territories competing in the games. 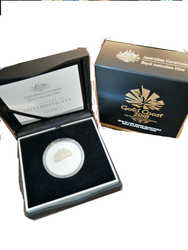