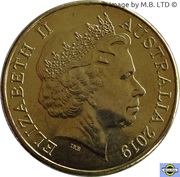 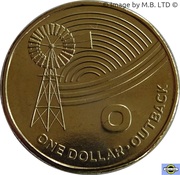 A depiction of an Aussie Outback water pumping windmill. Letter O below.

This coin is the Letter "O" for Outback. You'll find it out near 'woop woop' and beyond the 'black stump'. It covers the 'Top End', the 'Red Centre' and the mysterious 'Never-Never'. The outback is one of the largest intact natural areas on earth, and it's in our very own backyard. Temperatures in the Aussie desert outback can span a huge range: between around -10 C to 50 C. 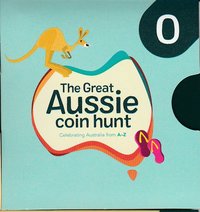 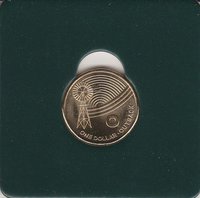 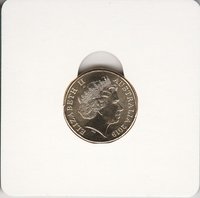 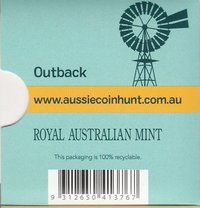