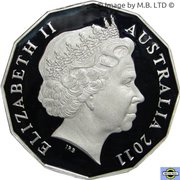 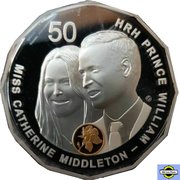 The RAM released this Fine Silver (.999) partial Gold Plated Proof coin in a two coin set to celebrate the Royal Wedding of Prince William and Kate Middleton on April 29th 2011. The other coin in the set was dated 2010 and celebrated the Royal Engagement from the year before. The were were presented in a wooden box with certificate of authenticity. 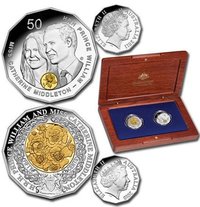 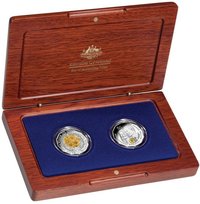 Copper-nickel NCLT versions of both coins were also released by the RAM in their respective years in coincards.

Bullion value: 15.14 USD Search tips
This value is given for information purpose only. It is based on a price of silver at 831 USD/kg. Numista does not buy or sell coins or metal.