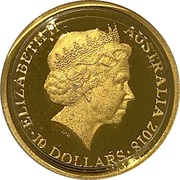 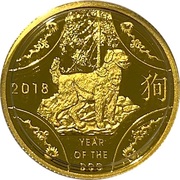 The Royal Australian Mint released the first of this gold proof lunar coins in 2007. This particular coin depicted the Lunar Dog of the Chinese Zodiac Calendar and was the twelfth coin of the series. The Dog is the eleventh sign of twelve in the Chinese Zodiac Calendar. People born under this sign are faithful, courageous and warm-hearted. They can be communicative, serious and responsible when others need their help. 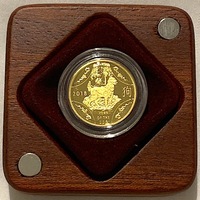 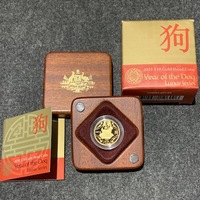 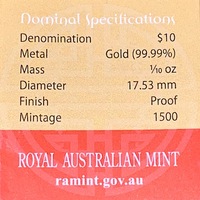 Bullion value: 177.71 USD Search tips
This value is given for information purpose only. It is based on a price of gold at 57,141 USD/kg. Numista does not buy or sell coins or metal.