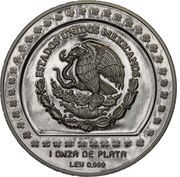 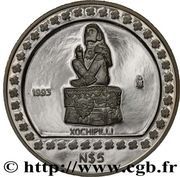 One of the few coins that made the leap between Old and New Pesos. Coin was minted under the new currency keeping design and size, only face value changes from $100 to N$5

This value is given for information purpose only. It is based on a price of silver at 773 USD/kg. Numista does not buy or sell coins or metal.