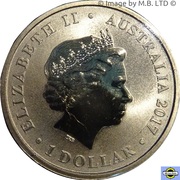 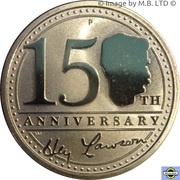 A large 150 with the zero being a silhouette of Lawson's head. Beading next to the rim. Henry Lawson's signature in lower half of coin.

This stamp and coin cover celebrates the 150th anniversary of the Australian poet Henry Lawson. Henry Lawson (1867 – 1922) was an Australian writer and poet born near the gold mining centre of Grenfell, New South Wales, on 17 June 1867. He is widely considered to be one of the greatest poetry and short-story writers of the colonial period.

Presentation Packaging
Each coin is housed in a beautifully designed card featuring images of Henry Lawson. The card includes a circular window revealing the coin’s reverse and obverse designs.