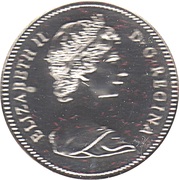 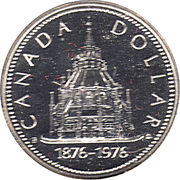 The Bibliothèque du Parlement d'Ottawa with the country name to the left, the value to the right, and dates below