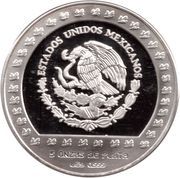 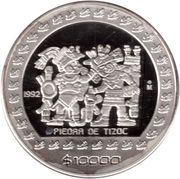 A few of the coins that made the "leap" between Old and New Pesos; this coin continued mintage on the new currency with the face value change from $10,000 to N$10.