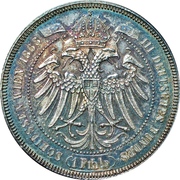 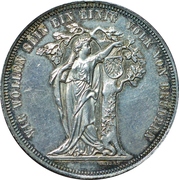 Translation: We want to be a single people of brethren

The reverse legend is taken from Schiller's "William Tell" who himself took it from the  Rütlischwur, a legendary oath of the Old Swiss Confederacy dated 1307.