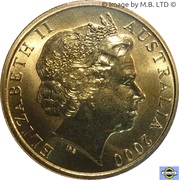 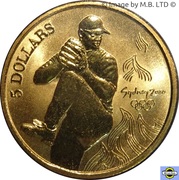 Depiction of a Baseball Pitcher wound up and about to unleash the baseball. Small Olympic Rings under the Sydney 2000 logo middle right of the coin.

This coin was released as a joint collaboration between the Royal Australian Mint and the Perth Mint to celebrate the holding of the XXVII Olympic Games in Sydney, Australia in the year 2000. This is coin 27 in a set of 28 that depict all 28 sports held at the Sydney 2000 Olympics. Coins were all dated 2000 but were released between 1997 and 2000. Some were available separately and some were only available in a set of the full 28 coins in a special album. Interestingly some had the Maklouf Obverse and some had the Rank-Broadly Obverse. 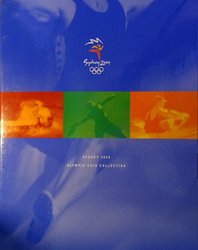 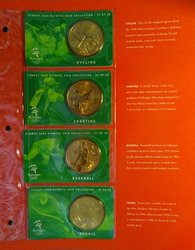 Coin 27 represents Baseball - Baseball has been an Olympic exhibition sport six times since 1912 before finally gaining official medal status in Barcelona 1992. A truly international sport, medals have been won by eastern and western countries.