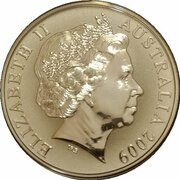 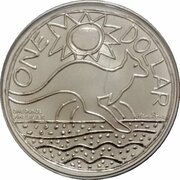 Released by the RAM in 2009 is this UNC Fine Silver Reverse Frosted coin. It was designed by Ken Done a famous Australian Artist who specialised in modernistic, colourful artwork & design. It was issued in a coincard. 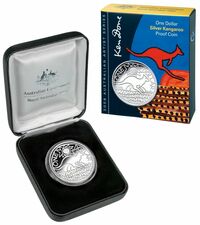 Bullion value: USD 22.38 Search tips
This value is given for information purpose only. It is based on a price of silver at 720 USD/kg. Numista does not buy or sell coins or metal.