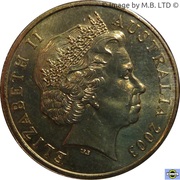 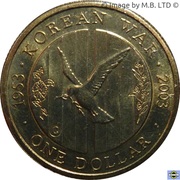 50th Anniversary of the end of the Korean War

This NCLT coin issued by the RAM commemorates those events of the 27th of July 2003 which was the 50th anniversary of the negotiated truce that saw the end of the war on the Korean peninsula that had begun in June 1950 when a North Korean army poured into South Korea. Within just a few short days of the invasion the United Nations called for member countries to send forces to Korea to halt the advance. Australia answered the call by sending a squadron of attack aircraft from the RAAF and the 1st Royal Australian Regiment (1RAR).

The coin was issued with (B), (M) & (S) Counterstamps at the relevant ANDA Show during 1993 and (C) Counterstamp at the Public Gallery Press at the RAM. These coins were placed in a coincard. 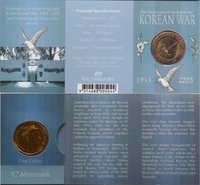 A limited edition Fine Silver (.999) proof version was also released in a capsule in a plush grey box.