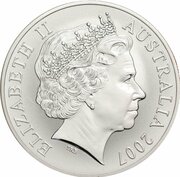 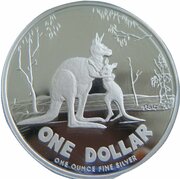 Released by the RAM in 2007 is this Fine Silver Uncirculated coin. It was designed by Rolf Harris the famous Australian Artist who specialised in off the cuff painting and wobbleboard playing. It was issued in a coincard. 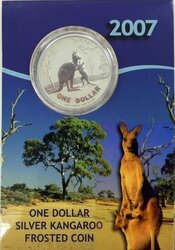 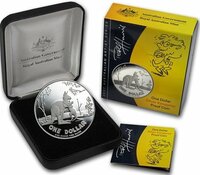 The coin was issued with a 2007 date in a number of other ways.
As a $1 Reverse Frosted Uncirculated Copper-nickel coin in a coincard.
As a $1 Fine Silver Gilded Proof 1 ounce coin in a plush case.
As a $10 Fine Gold Proof 1/10 ounce coin in a wooden case.