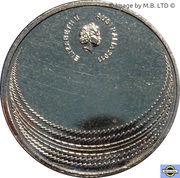 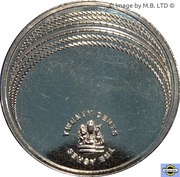 This NCLT coin was released in a Coincard in 2011 by the Royal Australian Mint to celebrate the Ashes Cricket Series played between England and Australia. 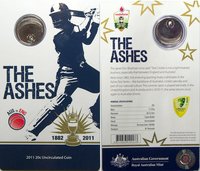