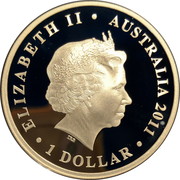 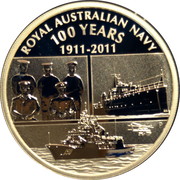 This commemorative coin was only issued in a coin and badge set. The gold-plated badge replicates the official Navy badge featuring a red, green and blue enamel design, incorporating the St Edwards (Queens) Crown and the inscription ROYAL AUSTRALIAN NAVY. 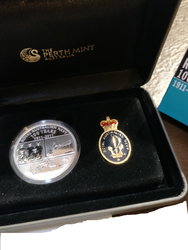