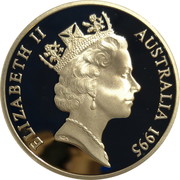 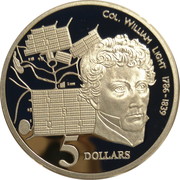 The beautiful city of Adelaide is a living memorial to the energy and vision of  Colonel Light. He was by turns soldier, sailor, artist, mercenary, explorer and surveyor – a crowded lifetime of experience proving to be the preparation of his final magnificent work. He was appointed the Surveyor-General of South Australia in 1836, his task to establish the site of the colony's capital. He chose a site a little inland from the eastern shore of the Gulf of St Vincent which explorer Collet Barker has admired from atop Mount Lofty five years earlier.

His choice was bitterly disputed. Light, however, presented a safe and sheltered anchorage, a good water supply, and ample space for the settlement on the Adelaide plain. By March 1837, he had his well known grid plan for the city, including surrounding parklands. Colonel Light named the city, Adelaide, after the Queen. After initial setbacks, South Australia made quick progress with the development of agriculture and the discovery of minerals. From carefully planned beginnings, Adelaide grew to become the bustling centre for commerce and culture it is today.

Bullion value: 25.88 USD Search tips
This value is given for information purpose only. It is based on a price of silver at 782 USD/kg. Numista does not buy or sell coins or metal.