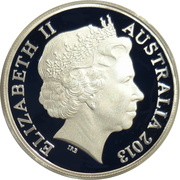 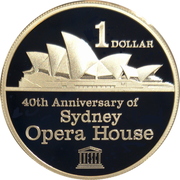 Depiction of the Sydney Opera House as seen from Sydney Harbour.
Underneath is the UNESCO Logo

Since its inauguration in 1973 Sydney Opera House has continued to be one of the world's most recognised and celebrated buildings. Danish architect Jorn Utzon's innovative design of the vaulted sails was recognised in 2007 by UNESCO (United Nations Educational Scientific and Culture Organisation) on the World Heritage List.