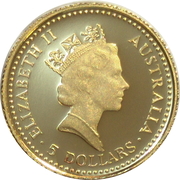 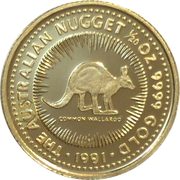 One of the ways to acquire this coin was to purchase the set of 3 coins comprising 1oz Silver Kookaburra, a 1/20 oz Platinum Koala and the Gold Kangaroo. 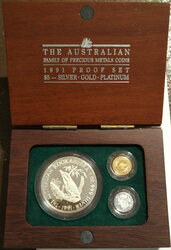 Bullion value: 93.27 USD Search tips
This value is given for information purpose only. It is based on a price of gold at 60 232 USD/kg. Numista does not buy or sell coins or metal.