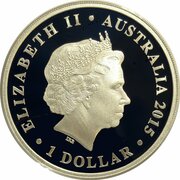 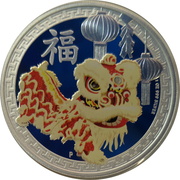 The reverse of the coin features a coloured representation of the Chinese lion dance, with a firecracker and two lanterns in the background.  The design also features the Chinese character for ‘prosperity’ and The Perth Mint’s ‘P’ mintmark.

The Chinese lion dance is a form of traditional dance in Chinese culture dating back to the Han Dynasty (205 BCE to 220 CE) in China. The dance is performed during Chinese New Year and other traditional, cultural and religious festivals, and is thought to bring good luck and fortune. 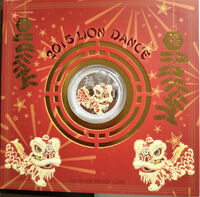