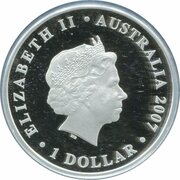 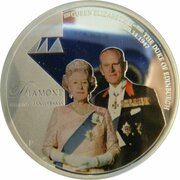 Issued by the Perth Mint to commemorate the Diamond Wedding Anniversary (60 Years) of the Queen and Prince Phillip in 2007.