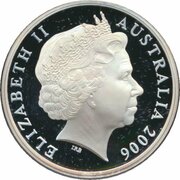 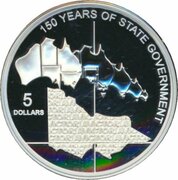 150 Years of State Government in Victoria

Released by the RAM is this Fine Silver (.999) Proof $5 coin to celebrate 150 Years of the Government of Victoria. Part of a series of six other similar coins, one for each State and Territory of Australia (Except for The ACT and Western Australia)