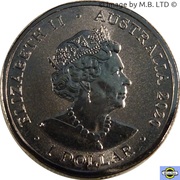 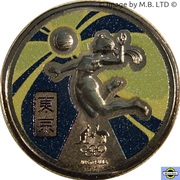 Coloured depiction of a Beach Volleyball player about to hit the ball.
Japanese characters to the lower left, below is the Australian Olympic Team Logo of a Kangaroo, Seven Pointed Star & Emu above the Olympic Rings

Released by the RAM to celebrate the 2020 Tokyo Summer Olympics (Now delayed until 2021 due to Coronavirus) is this Colourised Uncirculated $1 coin. It was issued in a coincard. 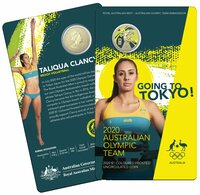