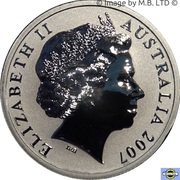 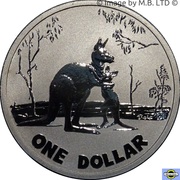 Released by the RAM in 2007 is this Copper-nickel reverse frosted coin. It was designed by Rolf Harris the famous Australian Artist who specialised in off the cuff painting and wobbleboard playing. It was issued in a coincard.