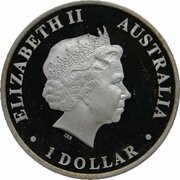 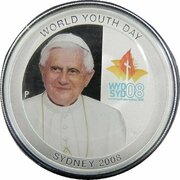 Issued by the Perth mint to celebrate World Youth Day held in Sydney in 2008. Coin was issued in a capsule in a plush box.

A special two coin set was also released for the World Money Fair in Berlin that include the Aluminium-bronze version of the coin.