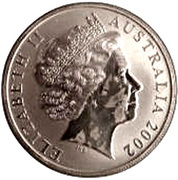 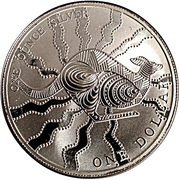 Aboriginal design, the coin has a raised polished Kangaroo with frosted background.

Lettering:
ONE OUNCE SILVER
ONE DOLLAR