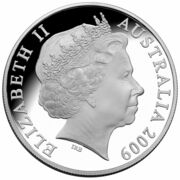 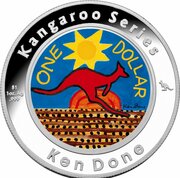 Stylised & Colourised image of a Kangaroo leaping right under the Australian Sun.

Released by the RAM in 2009 is this Fine Silver Colourised coin. It was designed by Ken Done Harris the famous Australian Artist who specialised modernistic & very colourful painting. It was issued as part of a 3 Coin set. 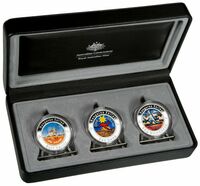 The coin was also issued in 2009 in a number of other ways.