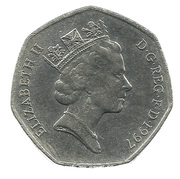 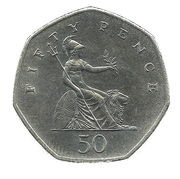 Seated figure of Britannia right, denomination in letters above and numerals below