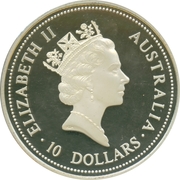 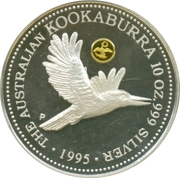 Issued by the Perth Mint in Proof Finish in various sets and also with a USA Gold Eagle privy mark in 1995 and in Bullion Uncirculated finish in 1996.

This is an image of the 1996 Uncirculated non privy mark version. (Thanks to Numista member BMPJ) 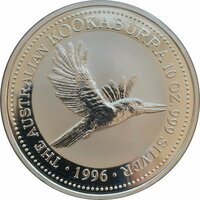 Bullion value: 258.23 USD Search tips
This value is given for information purpose only. It is based on a price of silver at 831 USD/kg. Numista does not buy or sell coins or metal.