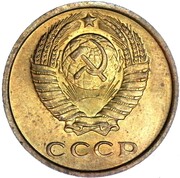 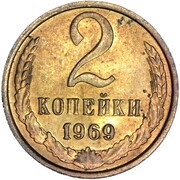 The value above the date surrounded by sprays. 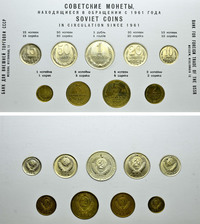 The mintmark if present is above last letter of country name.
According to official technical specifications, alloy of this coin is brass ЛМц 58-2 (58% Cu, 40% Zn, 2% Mn).
In SCWC Krause - Aluminium-bronze.
The Russian (and Soviet) catalogs list the coin as Copper-zinc alloy.