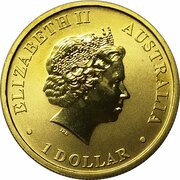 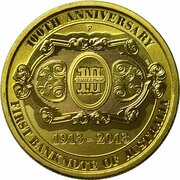 Design from a 10 shilling note

Struck by the Perth Mint but issued exclusively by Australia Post in PNC Issue 8 of 2013.
The PNC was a dual coin PNC and also contained a 20 cent coin struck by the Royal Australian Mint.

This was the front and back of the PNC.

This was the front and back of the Coincard inside the PNC.