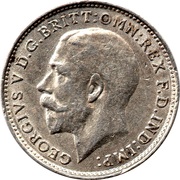 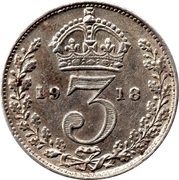 Struck with prooflike finish for use in the Maundy ceremony and with a dull surface for domestic circulation. The standard weight of this coin was 1/22 troy ounce or 21.8 grains. 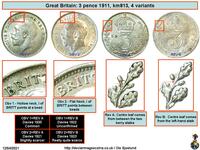 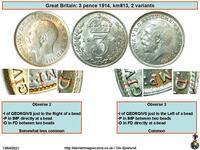 Demonetization note: Whilst the circulation strikes have been demonetized, the Maundy issues carry legal tender status and are still being struck to this day with the value updated to decimal pence.