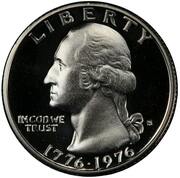 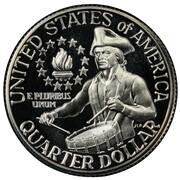 200th Anniversary of the The United States Declaration of Independence, 1776-1976

The portrait in left profile of George Washington, the first President of the UNITED STATES from 1789 to 1797, is accompanied with the motto: "IN GOD WE TRUST" and surrounded with the lettering: "LIBERTY"

This value is given for information purpose only. It is based on a price of billon at 0 USD/kg. Numista does not buy or sell coins or metal.