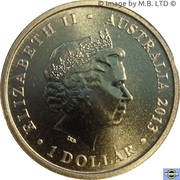 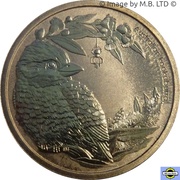 A young Kookaburra sitting on a branch. A spider dangles from the branch above.