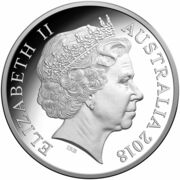 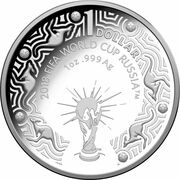 The World Cup Tropy is set in the lower centre, surrounded by six footballs and five Kangaroos.

The Royal Australian Mint has produced a precious silver proof coin to celebrate the 2018 FIFA World Cup.
Struck on fine silver, the coin design features a pattern of footballs and kangaroos surrounding the FIFA World Cup Trophy. This coin is Australia’s contribution to the Official International Commemorative Coin Collection. 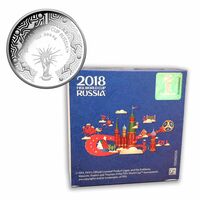 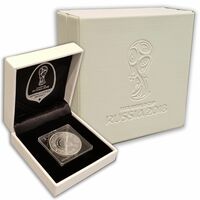 Members from this site want to exchange it: akadotour, Pierre Sabatier