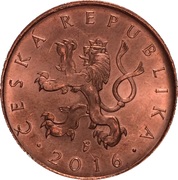 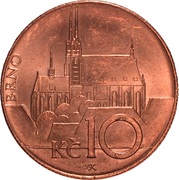 The engraver's mark "LK" can be at different positions, see Comments below. 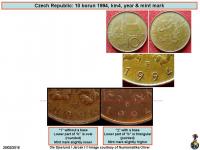 Reverse
Small "KČ" 1993 was a trial strike that got into circulation. 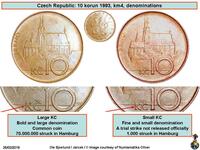 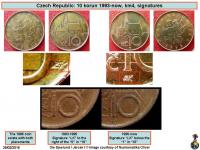 Two dies are known in the second group:

Edge
In 1996 there were two types of edge: mechanical  (on the photo top) and electrical discharge machining (on the photo bottom) 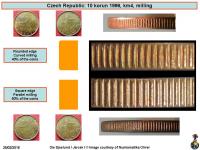 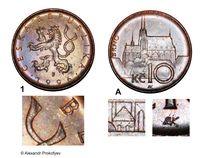 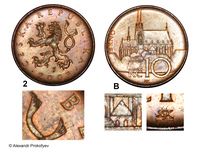 » Buy coins from the Czech Republic