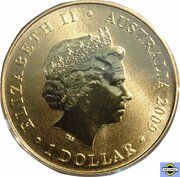 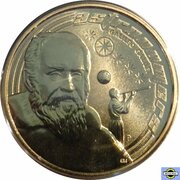 Bust of Galileo Galilei to the left and a depiction of him looking through a telescope to the right. Stars & Planets in the background. 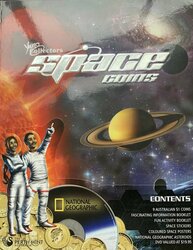