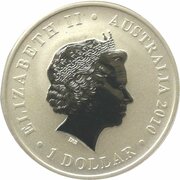 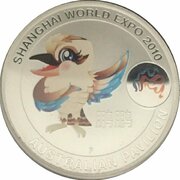 A pad printed image of the Australian Kookaburra Mascot for the Shanghai Expo. The Expo logo in a circle to the right.