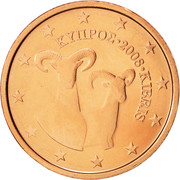 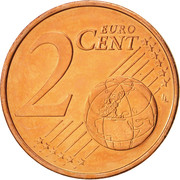 Mouflon, a species of wild sheep found in Cyprus and representative of the island’s wildlife along with the 12 stars of Europe around the rim

Smooth with a groove