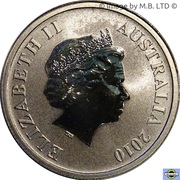 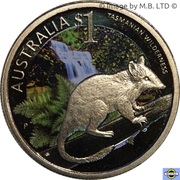 An Eastern Quoll marsupial on a branch set in front of a colourised background of a typical Tasmanian widerness waterfall.