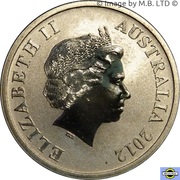 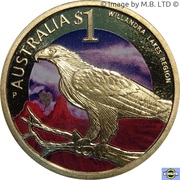 Depiction of a Wedge Tailed Eagle set in front of a colourised background.