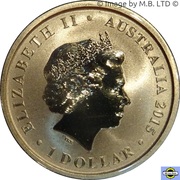 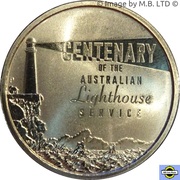 Depiction of a Lighthouse on a cliff edge with beam shining out over a very rough sea.