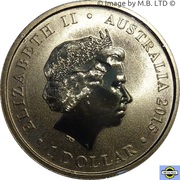 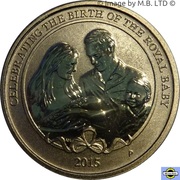 Lettering:
CELEBRATING THE BIRTH OF THE ROYAL BABY
AH
2015 P

A member of this site wants to exchange it: romanz