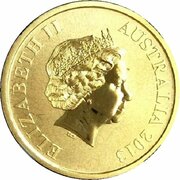 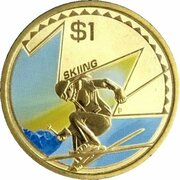 An action pose of Skiing downhill with a colourised background.