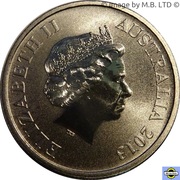 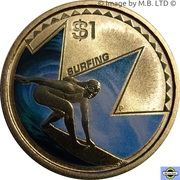 Coloured image of a Surfboard Rider in action pose 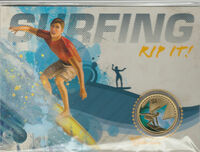