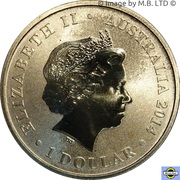 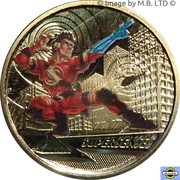 Colourised Super Hero in action pose set against a city background, Helicopter banking away to the right. 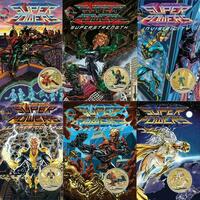