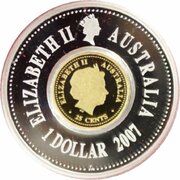 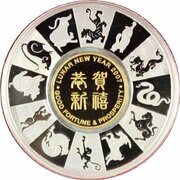 Issued by the Perth Mint is this Holey Dollar and Dump coin. The outer $1 ring is Fine Silver and the inner 25 cent dump is Gold Plated Silver. It was issued in a plush red box. 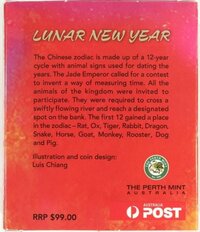