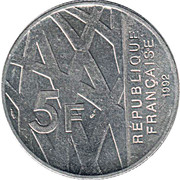 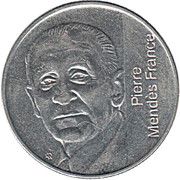 10th Anniversary of the Death of Pierre Mendès-France

Intertwined patterns with value between mint marks. Country and date to the right.

Portrait to the left, name to the right. 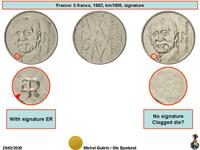