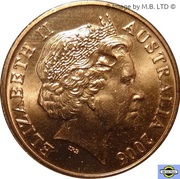 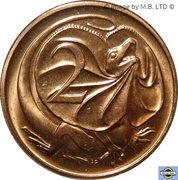 The 2 cent coin was never issued into circulation with the Ian Rank-Broadley Effigy of Queen Elizabeth II. However in 2006 a 2 cent coin with that effigy was included in the Uncirculated Year and Proof Sets to commemorate 40 years of Decimal currency in Australia.

In 2010 a very limited issue Heritage Proof Set was issued that included this 2 cent coin.

In 2016 another 2 cent coin with the Ian Rank-Broadly Effigy was included in the "In Come the Dollars, in come the Cents" Uncirculated set to commemorate 50 years of Decimal currency.