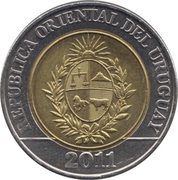 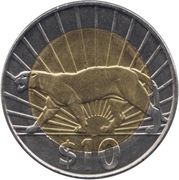 Coat of arms surrounded by country name, year on bottom 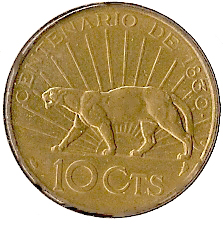 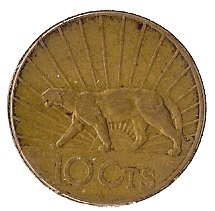 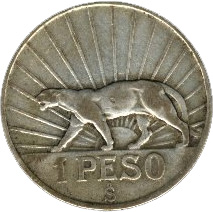 The coin is classified as bi-metallic, but in fact is 2-piece with brass-plated steel center and nickel plated steel ring.

MINTING ERROR:
On 2011 and 2014 issues were detected a minting error (not catalogued - known as "León Ciego" = Blind Lion), where face of cougar has no eyes nor nose, also many sun rays have a depressing near edge of coin. This is not caused by wearing, as was detected on uncirculated coins, taken directly from Banco Central, and is not a low pressure or thin planchet problem, since the details on obverse are complete. Is mostly considered a die defect. 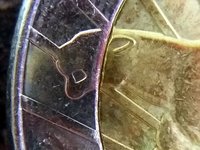 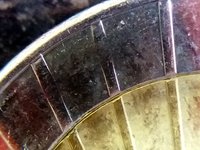