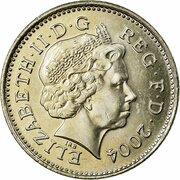 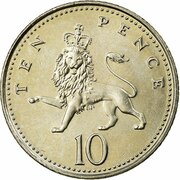 Part of the Crest of England, a lion passant guardant royally crowned, legend above, denomination below.

The 1998 & 1999 issues were not struck for circulation and can only be found in the annual Brilliant Uncirculated and Proof sets.